Driving with my teenage son from Pomona to Long Beach has its perks – conversations that we have not been able to have due to our living situations. He tells me about his week during the one hour drive and I get to see the kind of person he is growing up to be.

He tells me about the bullies in his school and how he views these kids. It’s crazy how my little boy is now a young man and it’s even crazier to hear his insights on serious issues like bullying.

So he says there are a few supervisors in school/cafeteria who should be checking on the bullying situation yet there are not enough of them to make a huge impact. He blames the school and government system for this because he said they don’t prioritize the more important things like having enough budget to pay more supervisors because the money goes to things that are not as important.

Reisz also thinks that the three most crucial things in helping lessen bullying are the following:

1. Educate the parents – help them see what their own kids are doing. He thinks that these kids see their own parents’ behavior and lead them to believe that their own behavior is okay. He understands that the home is where examples are made and that most kids look up to their parents and live by their examples.

2. Educate the teachers – let them see the situation in the kids’ eyes – those that bully and those that are being bullied. Reisz believes that the teachers think they know what it’s like because they’ve been through it – after all they have been kids once. However, things have changed in the years so teachers have no clue how it is now.

3. Educate the bullies – Reisz thinks that bullies need a show of understanding too and not just be scolded, reprimanded without real counselling. He says that if a child is punished without a real explanation of the situation and consequences, there won’t be a real change in his or her behavior.

It is an eye-opener for me to see how much Reisz has grown over the past couple of years. I am very thankful that despite my shortcomings and through my parents’ time and attention, he is becoming more and more of the young man I’ve prayed for him to be. 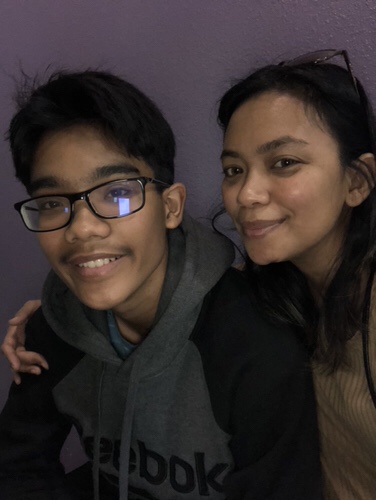